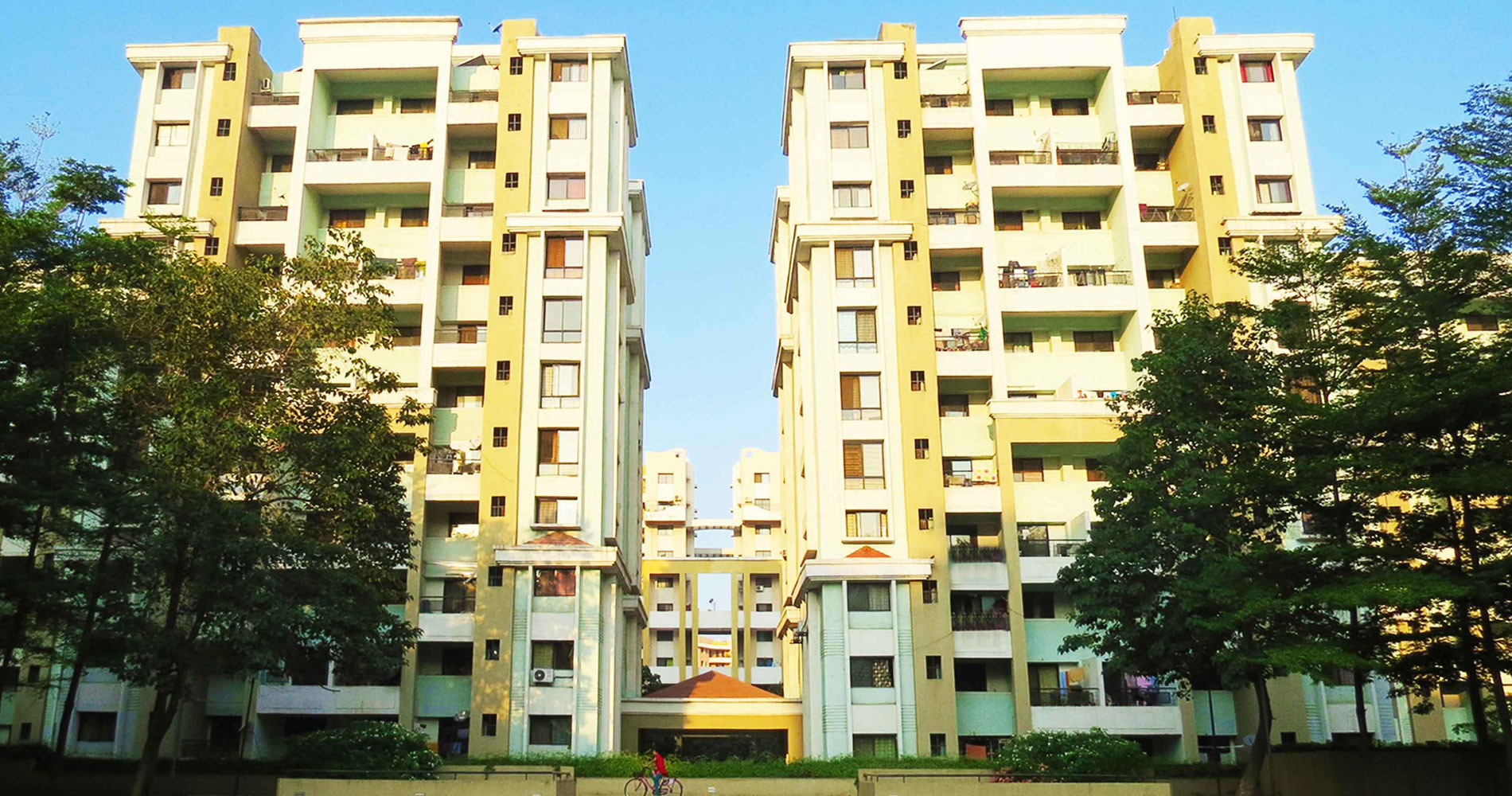 Iris consists of 20 buildings made up of 2BHK and 9 or 11 floored. The buildings are placed such that visually they form a rectangle with open space enclosed inside it. The space in between two buildings form air- corridors and lets air in and out of the courtyard. Due to the increase in the number of parking requirement, podium is designed. Podium connects the five buildings of one quarter. The upper part is used as terraces.

The design approach of Iris is derived from the concept of Magarpatta City of courtyard planning. The site is rectangular measuring 215m X 175m. The planning of Iris is geometrical. If the site is divided in 4 equal parts then 5 buildings placed in one part mirrors the rest three creating a rectangle with open space in between.The buildings adjacent to the horizontal and vertical axis of the plot are 11 floored while rest are 9 floored. There are two entrance / exit on the horizontal axis of the plot. Club house , play area and lawn area are designed in the courtyard thus acting as a breathing space. The buildings are placed such that terraces / windows either get the view of courtyard or the street activities respectively.