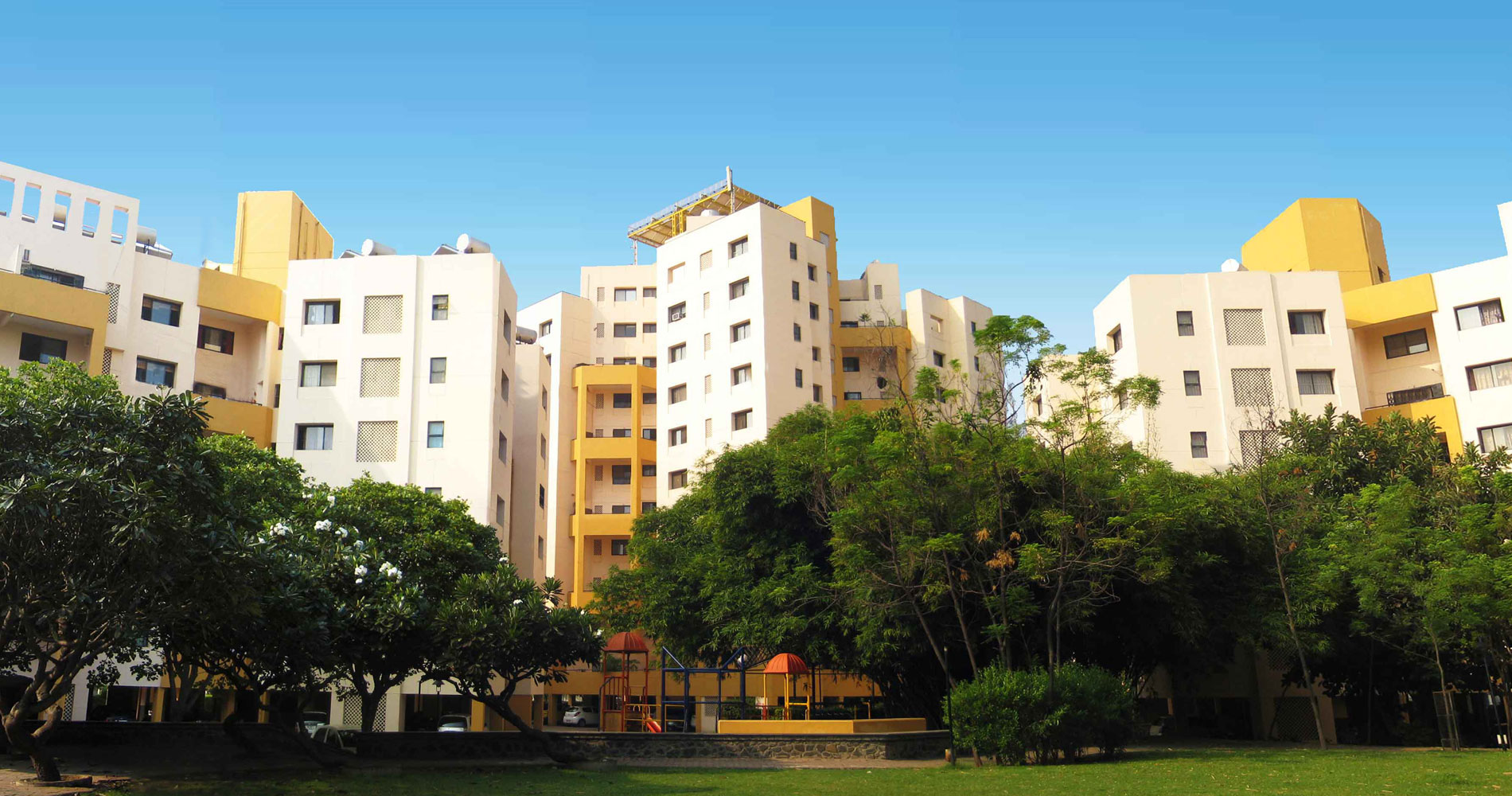 The design approach of Daffodils is derived from the concept of Magarpatta City of courtyard planning. There is central Courtyard surrounded by buildings on all the four sides.The buildings are placed alternately allowing play of height in the elevation. The placement of the buildings also creates air corridors through which air is channelised throughout the courtyard and into the buildings. Not a single window is placed in front of each other of two buildings allowing privacy of owner.

The approach to the site is from secondary road which avoids traffic chaos on the primary road.

Type A - Type A is three bedroom apartment building and consists of eleven floors, each floor having four apartment, the tenthth floor consists of Duplex. Each apartment is placed at right angle to the other making it open from all the sides and allowing maximum amount of light, cross ventilation to all the rooms as also for a good view. Stack effect takes place in the central lobby atrium. The warmer air inside the building is less dense than the cooler air outside and thus tries to escape from openings high up in the building envelope; cooler denser air will enter openings from lower down. This type of natural ventilation causes good air circulation in the building. Type B - Type B is two bedroom apartment building and consists of six floors each floor having twelve apartments. It is divided into two wings, each wing containing six flats and has a different access. The length to width ratio of the building is more so the apartments at the ends are tilted to 45 degrees This breaks the monotony of the facade ,makes it look welcoming, corners dynamic. and allows cross ventilation for the apartments at the end. 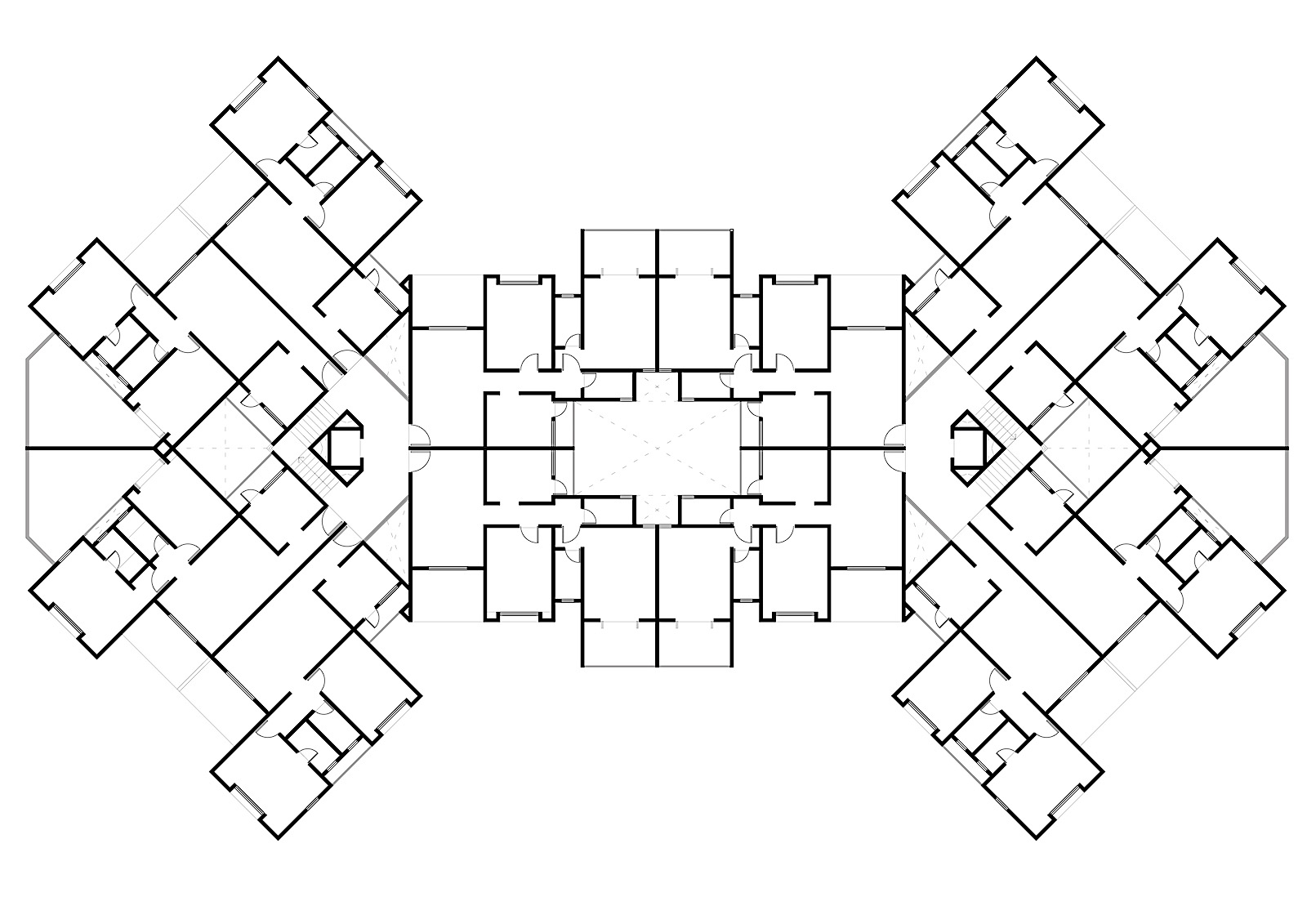